Here you can find out about all the current major events and outings.  Also check out what happened in the Fall & Spring in the past.

This coming Saturday will be World Series Qualifier #2 at Quail Brook with a little twist.  It will be an afternoon round due to a morning Club Championship tournament.

When is the next round or event?  In the calendar all scheduled rounds and events will be posted.

​The DGA is a golf association established in 1962.  It consists of 36 active members, and 7 life time members playing the public courses in Somerset County, NJ.

Ed Kerr has provided some information about the start of the DGA.  Ed and Jim Jackson played rounds together starting in 1959.  Starting on March 25, 1962, George Stamas joined Ed and Jim and Ed started keeping official records.  Jay Shovlin played his first round on March 31.  Tom McColgan joined Ed, Jim and George on April 28.  In that 1st year, 38 rounds were played.  Tom McColgan had 14 of them.

In 1963, more elaborate records were kept including birdies and four round tournament scores.  In 1964, Ed Rackowski, Min Minutello and Dan Fairlie joined the DGA and it was the year of the first 8 player Pinehurst trip.

Based on this information, 2011 was confirmed as the 50th Anniversary of the club!​

Did you win money or lose a bundle? Find out your latest scores, results and if you have to make a deposit or withdrawal. 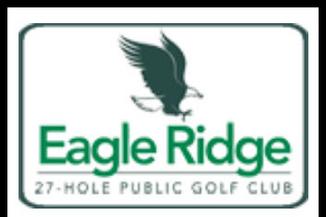 Team up with your favorite DGA player and try to beat all the other Partners.  20 possible teams play for the chance to be called Partner Champions.

Test your individual skill and endurance and try to beat all other competitors.  Play five grueling matches and be named the champion.

A season long competition broken up into individual tournaments, a points standing and an aggregate competition.  The winner is crowned club champion.